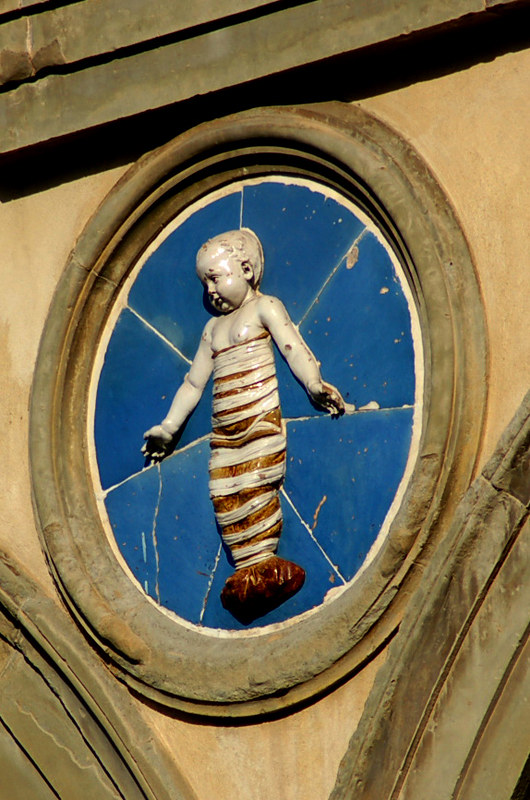 When questioning the value of a liberal arts education, most critics (i.e., parents) cite relevance. How does understanding the past help us with the present? Does understanding dowry practices in Renaissance Florence really help you in the real world? Who in their right mind wants to learn a dead language? Why not study something like accounting or engineering that trains you for a career? These questions are inevitably the ones most parents ask their children as those children insist on choosing majors like history or English or anthropology.

As an undergraduate, my first real exposure to Renaissance history came during a seminar on the history of the family. Medieval family structures fascinated me because they were so foreign to my modern US family experience. Another seminar on women’s history led to my interest in the legal status of women in Renaissance Florence. While studying Italian Renaissance history, I read about dowries and infanticide with the distant eye of an “objective” scholar trying to understand how women fit into Italian culture and society. These practices occurred in the past; they belonged in the past. I knew, of course, that these practices still existed in other parts of the world, but those places were far away from my American life.

Fast forward 15 years to my relocation to India.

If you had asked me in college if I would live outside the US, I would have said yes. But, I would have said that country would be shaped like a boot and start with an “I.” Well, at least I got the “I” part correct (although in Hindi, India (Bharat) starts with a “B”). In comparing Italy and India, I mean no disrespect to either culture. Each culture must stand on its own merit and has its own customs. What amazes me is how much what I learned about Italy is relevant to my experience in India.

When studying Renaissance Italy, the complexity of familial ties never ceased to amaze me. Until I moved to India. As I am learning Hindi, I am also learning about family relationships. In India, everything is relative. Literally. In English, the name given to describe my relationship to my nieces and nephews is “aunt.” Not so in India. Here, the name used to describe this relationship depends on how exactly I and the children are related. Indian family structures are patriarchal with more value given to male children (and relationships) than female. In understanding the syntax of gender, my knowledge of Italian works against me in India. Here, words ending in -a are masculine, and words ending in -i are feminine—the reverse of every Romance language I know. To my brother’s children, I would be bua (an exception to the previously stated rule); to my sister’s children, I would be masi; to my husband’s sister’s children, I would be mami. The nature of the name depends on whether the relationship is paternal or maternal, and often whether the person is older or younger than the relative through whom we are connected. My mother, who is called nana, would find herself called nani by my sister’s children. My dad would be nana instead. But, my brother’s children would call them dadi and dada.

Dowries still exist in India. Although attitudes are changing, women are still seen as second class when compared to men. This status is represented by the fact that, even in modern India, women still come to the marriage with dowries. A bride price is still negotiated between the bride’s father and the groom’s father. Often, that price is more symbolic than practical, but it includes the bride’s wedding jewelry, which can be used if (the assumption is when) the couple falls on tough times. That jewelry includes at least: four bangles, one necklace, one chain, a pair of earrings, and one ring. As I learned of the practice, I could not help but recall an article by Christiane Klapisch-Zuber that I read many years ago about the symbolic exchange of rings among the Florentine upper class. How I wish I had not shed so many books before making the move.

Child abandonment and infanticide still exist in India, too. The state of Maharashtra (where Mumbai is located) has the highest number of child abandonment cases in India and is sixth in infanticide. Largely, these cases involve female children. In Indian society, boys have traditionally been seen as more valuable than girls. A woman in my yoga class expressed this cultural norm best when she said Indian women are naturally more flexible than men (physically and psychologically) because they must bend to the needs of men.

Every day, the Times contains at least one article on female child abortion, abandonment, or infanticide. Such coverage is meant to further the campaign to “save the girl child.” Sex-selection practices have resulted in a low sex ratio (between 883 and 914 females for every 1,000 males). Consequently, the government has been forced to take a stand on the issue. And, take a stand it has. In India, it is illegal (yes, illegal) to learn the sex of your baby. A doctor conducting a routine ultrasound is not allowed to reveal the child’s sex. If discovered, the penalties can be stiff for the doctor and the parents. Abandoning a child is met with criminal charges. The idea of cradles of mercy or safe havens, like those common in Renaissance Florence and the modern US, are only now starting to gain traction. The government is even contemplating adding murder charges to the list of criminal charges against doctors who perform abortions for the purposes of sex selection.

The problem with criminalizing the behavior is that it does not seem to deter it, and it fails to address the more complex social, economic, and cultural realities that underpin gender discrimination. Therefore, much of the focus is on changing deep-seeded perceptions about gender. Overcoming the perception of feminine weakness is difficult, but not impossible. Indian girls frequently outpace the boys in school exams, and the newspapers make sure to point this out when the results are posted. India has also elected a woman president (something that the US has yet to achieve). Overcoming the economic disadvantages to having a girl is much harder. When you must provide dowries to your daughters, the cost of raising a girl becomes prohibitive for many people. Most challenging to overcome, however, is a Hindu religious tradition (not accepted by all Hindus) that your son must light your funeral pyre. Some married couples will abort multiple female children until they have a boy, simply for this reason.

As I finish this post, I see yet another story of a woman abandoning her six-month-old daughter at a train station. At least she left the child with a couple nearby; that is an improvement. Well-meaning Westerners come here thinking they will fix these problems and change India, but my experience studying Italian culture tells me otherwise. Real, sustainable change must come from within the culture, on its own terms. History taught me that.